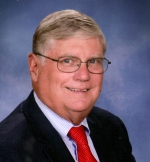 Charges by and payments to your medical care providers are really “smoke and mirrors.”

Plan to read the Explanation of Benefits (EOB) you get from your health insurance company or Medicare or Medicaid after your next visit to a provider in an office, clinic, or hospital.  It will have three lists of dollar amounts, Charged, Approved, and Paid. Here is an example of a Medicare EOB a patient got after their major orthopedic surgery:

The balance between “Approved” and “Paid” is $331.22 and may be billed by the provider directly to the patient in some states (called “balance billing”) , but not in Massachusetts by state law.  Medicare “approved” amounts vary greatly among states based on complex formulas including rural/urban location, average labor costs, transportation costs, past history of Medicare payments, and many other regional factors.

The Certified Registered Nurse Anesthetist (CRNA) charged $1,040. . . Medicare Approved $227.50 and Paid $178.36.
The specially-trained and certified CRNA puts the patient to sleep, monitors the patient during the surgery, and brings the patient up out of the induced coma after the surgery is completed. The CRNA sits besides the patient in the operating room at all times (in this case for four hours). This is the current excellent standard of care.

The Physician Assistant (PA) charged $676 . . .Medicare Approved $137.69 and Paid $107.95
The PA, in this case an employee of the surgeon’s but could have been a hospital employee, acts as an assistant during the operation. The PA is also certified by the state after post-graduate training and clinical experience that is different than that of a registered nurse.

Each “Paid” amount is accompanied with four or five different footnotes in the EOB referring to “special payment methods”, “Federal, State, and local rules on deductibles and coinsurance”, “quality reporting adjustments”, and finally “refer all questions about benefits to the private insurer which administers Medicare in your area [BC/BS in Massachusetts]”.

Now think about the last article you read about medical care costs that you thought you understood. What were those figures based on?  Was it provider charges or Medicare “approved allowances” or “actual payments”? In truth none of these “charges” or “payments” are based on actual costs i.e. time duration ( this operation estimated by the surgeon and planned for by the hospital to take 2 – 2 1/2 hours lasted 4 hours), staff support (nurses, techs, cleaning, etc.), supplies, X-rays, etc. Hospitals and governments have spent millions of dollars trying to calculate and track actual costs on which to base reasonable and reliable reimbursements (insurance payments) with variable and controversial results.

Private health insurance “approved” charges are actually set by periodically negotiated contracts between providers and the insurance companies. Hence the rise of Physician Organizations and the merger of hospitals into Health Care Systems to maximize their negotiating power  . . . and hence the increase of billing staff and increasing reliance on computers by providers to keep track of all the codes and the various reimbursement schedules.

As your eyes glaze over by these figures, you may be thinking, “Well OK, but this is for an inpatient procedure, and we have known for a long time that hospital reimbursement is a very complex situation. What about office visits and other outpatient services”?

You get the picture, so I won’t list the seven separate charges for a post-surgery office visit with the PA including “application of cast”, “cast supplies”, and “X-rays of the joint” (10 separately coded X-ray views) each of which had its own reimbursement code totaling $886.00 charged, $276.89 Approved, and $218.66 Paid.  Post-surgery Physical Therapy visits, each lisitng 2 separate reimbursement codes, were charged at $193 and paid at $68.38 per visit.

With all these separate reimbursement codes for “unbundling” of procedures and visits, no wonder computers have been bought by both sides (providers and insurance companies/Federal government) to implement EMR (electronic medical records) to keep track of it all to maximize (or minimize and track) reimbursements.

Of course, that is not true either since you have paid for Medicare benefits through payroll and Social Security deductions for decades.
The rest is all smoke and mirrors.

Now imagine that you are a graduate student at the Harvard School of Public Health and your thesis assignment is to design a rational, understandable, and politically acceptable plan for provider reimbursement (payments) for medical services. Ready, get set, GO!