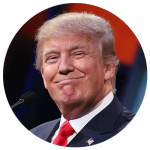 Mr. Trump (now that he is President-elect we need to show “Donald” some respect) has recently said that he may keep the Affordable Care Act (Obamacare) ban against denying coverage for preexisting conditions as well the extension of parental policies to  26 -year-old children because “everyone seems to like those provisions”. As President-elect Trump begins to soften his bombastic, total opposition to Obamacare (and replace portions of “the Wall” with a fence) the 1.2 trillion dollar question becomes, “what is he going to do next?”

The “individual mandate”  that was resisted so fiercely by Republicans as “another government tax” was originally composed by Governor Mitt Romney and  became law in Massachusetts years before the ACA passed. The  ACA 2014 “individual mandate” was  a $95 fine if you did not obtain coverage, and it proved to be fairly ineffective. In 2016 that fine goes up to $695 (or 2.5% of your taxable income), so it may prove more of an incentive this year. (1)

What about the rest of the ACA? We shall see, but just tinkering with the ACA (“repeal/replace” or “fix”) raises the concern that we may waste a lot of time and energy getting entangled in the trees while losing sight of the forest.

Can we get REAL about health care reform, or do we just continue arguing about health care insurance? It just so happens that a physician colleague of mine wrote a succinct, clear, eminently quotable Op Ed column about that question in our local paper yesterday! (2)  I  am going to shamelessly plagiarise* it.

“We seem determined to jump through ever more hoops to limit provider options while the rest of the industry revels in the lack of any kind of market control.”

New payment-bundling schemes with buzz words like “pay for value”, “pay for performance”, and “population basis” will “transfer unprecedented financial risk to providers.”

“We must stop pretending that exerting ever more financial pressure on our doctors, nurses, and hospitals (while ignoring bigger fish) will get the job done.”

Now, Dr. Urbach is not a disgruntled primary care physician who is whining about poor reimbursement and non-appreciation of his skills and talents. He is an experienced, well-respected cardiologist, a specialty near the top of the payment and prestige pyramids, who shared these reflections on the occasion of his son’s graduation from medical school. He prays that his son and his peers “will not only make themselves into great clinicians, but that they will also do what my generation of providers largely failed to do – make themselves into a courageous political force that can effectively force comprehensive reform of the heath care system by demanding sacrifice from all stakeholders, not only the caregivers.”

This entry was posted on Tuesday, November 15th, 2016 at 11:40 AM and is filed under current events, government, health care reform, medical economics, politics. You can follow any responses to this entry through the RSS 2.0 feed. You can leave a response, or trackback from your own site.