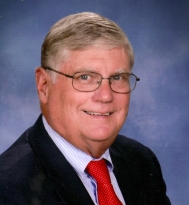 Unsafe Toys for Christmas 2018
World Against Toys Causing Harm or W.A.T.C.H. has just released its 5th annual list of “worst toys for the holiday season” picked for their potential cause of choking, eye injury, or other safety hazard. In 2016 there were 240,000 toy-related injuries. During 2014 to 2016 there were 35 toy-related deaths. The top ten worst toys this year include:

Lower Your Prostate Cancer Risk by Riding a Bicycle
Men who did long-term vigorous exercise like biking, swimming, or running had a 25-30% less chance of developing advanced or lethal prostatic cancer. Exercise even lowered the risk for those men who have a specific genetic subtype of prostatic cancer seen in half of the deaths. “The influence of insulin, growth factors, and other metabolic factors” is thought to be the link between exercise and the lower risk according to this Harvard School of Public Health study of 49,000 healthy men between 1986 and 2012.

Many Nutritional Supplements Include Contaminants
Half of U.S, adults take some sort of nutritional supplements spending about $30 billion annually, and the FDA is prohibited by law to evaluate supplements for safety or efficacy PRIOR to marketing. The FDA can issue post-marketing warnings about adulterants. One study from 2007 to 2016 identified 776 supplements, mostly for sexual enhancements, weight loss, or muscle building, with either adverse events or consumer complaints,. Of the 28 products that had received two or more “FDA warnings” 19 continued to be sold. In another study of 21 supplements with “FDA warnings” because of one or more unapproved stimulants, 12 were still available in 2007 and 9 of the 12 still contained the same stimulants. Q.E.D.; FDA warnings have little effect in protecting consumers from potentially harmful effects of contaminants in nutritional supplements.

Does Drinking More Water Reduce Bladder Infections in Women?
Yes, if they had 3 or more bladder infections in the previous year and are drinking LESS than the recommended 1500 ml. (4 water bottles) a day. If they doubled the amount of water to 3000 ml. (8 water bottles) a day the reoccurrence of a bladder infection is reduced from 3.2 a year to 1.7 a year (at least in Bulgarian women). If they were already drinking over the 1500 ml. minimum a day increasing the amount had no effect on recurrence. [All the U.S. women I know, at least in Barnstable county, take a bottle of water with them when they’re just going to the post office.]

One-half of Obese Adolescents Started Being Overweight When 3 – 5 Years Old (at least in 50,000 healthy German children)
Most of the children who were obese at age 6 were obese as adolescents. Rates of obesity were higher in children with overweight or obese mothers. “It is an ominous sign that the number of American children with the most recalcitrant forms of obesity has increased progressively during the past 10 years.” This study suggests that physicians should start nutritional counseling if exaggerated weight gain occurs after age 2! (NEJM October 4, 2018)

Do Not Use Infant Walkers
Despite the fact that the American Academy of Pediatrics has long called for infant walkers to be banned in the U.S. as they are in Canada, infant walkers are still sold here. An average of 9,000 infants a year under 15 months of age are treated in our ERs with head or neck injuries when infant walkers go down household stairs with an infant in them. The AAP says that “there is no advantage of the walker to the infant and parents should not use them.”

A Chilling Aftermath of Our Latest Gun Violence
A friend of mine has a brother who worships at that Pittsburgh synagogue. He was not there for the October massacre, but sat Shemira (literally a bodyguard) for a member who was. After Shemira the brother called my friend to say that he had bought a gun and obtained a carry permit. My friend was incredulous, and asked him, “When are YOU going to carry a gun?” His brother’s answer, “Only when I pray”.

A Prayer for Our Times
The mid-term elections are over, but the political hyperbole and acrimony, especially from the President to the press, is not. On Veterans’ Day we sang “America the Beautiful” in church, and I was struck by the relevance of the unappreciated second verse:

“America! America! mend thine every flaw,
Confirm thy soul in self-control, thy liberty in law.”

Have a Happy Thanksgiving.

This entry was posted on Thursday, November 15th, 2018 at 11:20 AM and is filed under current events, evidence-based medicine, gun violence, nutrition, obesity. You can follow any responses to this entry through the RSS 2.0 feed. You can leave a response, or trackback from your own site.