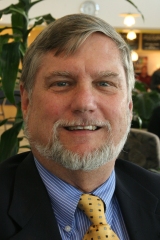 “The definition of sex has become a highly contested and polarizing issue in contemporary society and political debates. . . . What counts as sex and gender is historically changeable, morally infused and politically loaded.”
–  Transgender in the History of Medicine,Ketil Slagstad, MD, NEJM Mar. 18, 2021

What do you call a Black, South African woman, married to Violet Raseboya since 2015, who is a defending Olympic track champion and is banned from the Tokyo Olympics because her testosterone blood level is over 10 units?  You call her Caster Semenya.

Caster Semenya excels at winning so-called “middle distance” races like 800 meters and 5000 meters long. In response to complaints by fellow women athletes who lost to her at the 2009 Berlin Olympic games, Caster underwent intensive medical and psychological examinations to determine if she was a woman, and not a transwoman; “I have been subjected to unwarranted and invasive scrutiny of the most intimate and private details of my being.”

Because of the  international outrage about her treatment, instead of requiring other extensive physical and mental investigation of women suspected of being men, the  IAAF (International Association of Athletes Foundation – Track and Field) and the IOC (International Olympic Committee) decreed that any women who wished to compete in a race longer than 400 meters had to have a testosterone blood level below 10 units.

Testosterone is a hormone naturally present in both men and women. It enhances muscle strength and endurance among other things. A level of 10 units is the low range for men and is above the highest range of 2.5 units for “normal” ciswomen (female at birth and still female).  Caster took birth control pills from 2010 to 2015 to drive down her naturally-occurring testosterone (probably from her adrenal glands) until she stopped due to side effects. She neither ingests nor injects any exogenous testosterone. She is not a transgender. She is a woman, biologically and legally.

After losing her appeal of the ban to two different “Sports Organization Courts” she is appealing for a third time, this time to the European Court of Human Rights. The President of the Monaco-based IAAF in referring to the male and female classifications in athletics said, “… at this point, my responsibility was to protect the two classifications, and that’s what we feel we’ve done.”

In the “good ole days” of 1956 gender was binary, you had 23 pairs of chromosomes, including 2 sex chromosomes. You were either male (XY) or female (XX). The reason that’s no longer true is due in large part to scientific advances.  Science quickly identified variations of the sex chromosomes, X0 (Turner’s syndrome), XXY (Klinefelter’s syndrome), XXY (Jacob’s Syndrome), and a dozen of other “intersex” people, some with distinct physical characteristics and some with not.

This absence of a singularly definitive scientific measure of sex/gender has been causing trouble in competitive athletics since 1977 when Renee Richards (born Richard Raskin and an ophthalmologist), the first transgender professional athlete, was required by the U.S. Tennis Association to have a Barr body test (a cellular dark spot seen only in women using a 1968, primitive chromosomal test) in order to play as a woman in the 1976 Tennis Open. She took the USTA to court on “gender discrimination”, won in New York Supreme Court, and played (but lost in the first round) in the 1977 Tennis Open. She retired from professional tennis in 1988.  Two fun facts about Renee: 1) She actually consented to the Barr body test , . . . but the results were “ambiguous”; and 2) After her 1975 sex reassignment surgery Renee joined an ophthalmology group practice in California where she was “outed” as a transgender person by a local TV anchor Richard Carlson, Tucker’s father!

“A 2017 systematic review of literature relating to sport participation and competitive sports policies, reported that there is no direct or comprehensive evidence of transgender women having an athletic advantage over their cisgender counterparts at any stage of transition (e.g. cross-sex hormones or sex reassignment surgery) due to the lack of quantitative research on the subject making it ‘difficult to draw any definite conclusions'”.

“In sports, it’s traditionally been viewed very simply. There are two categories: male and female. The complication is that biology and reality is not that simple,” said Roger Pielke Jr., director of the Sports Governance Center at the University of Colorado, a critic of the IAAF’s controversial rule and the organization’s research on the subject. “ … I think the first thing to understand is it’s complicated and there are legitimate perspectives on all sides of these issues. Society is obviously changing and evolving, and sport has to accommodate.”

Do you remember the backlash decades ago when a University of Alabama scientist documented why “white men can’t jump” because their achilles tendons were measurably shorter than black men’s tendons? Will the next step be restriction of professional basketball players who have the “extra-tall genes”, certainly more “scientific” than noting the heights of their parents?

As more states pass laws banning transwomen (and transgirls) from amateur sport teams and competition at all levels and regulating transgender person’s use of certain public bathrooms , it is clear that the problems of gender identity will be with us for a long while. In the case of politics, ironically, it is not a problem apparently. You can run for Governor of California as a transwoman, and if elected, hope that you are never arrested for using the “wrong” public bathroom.